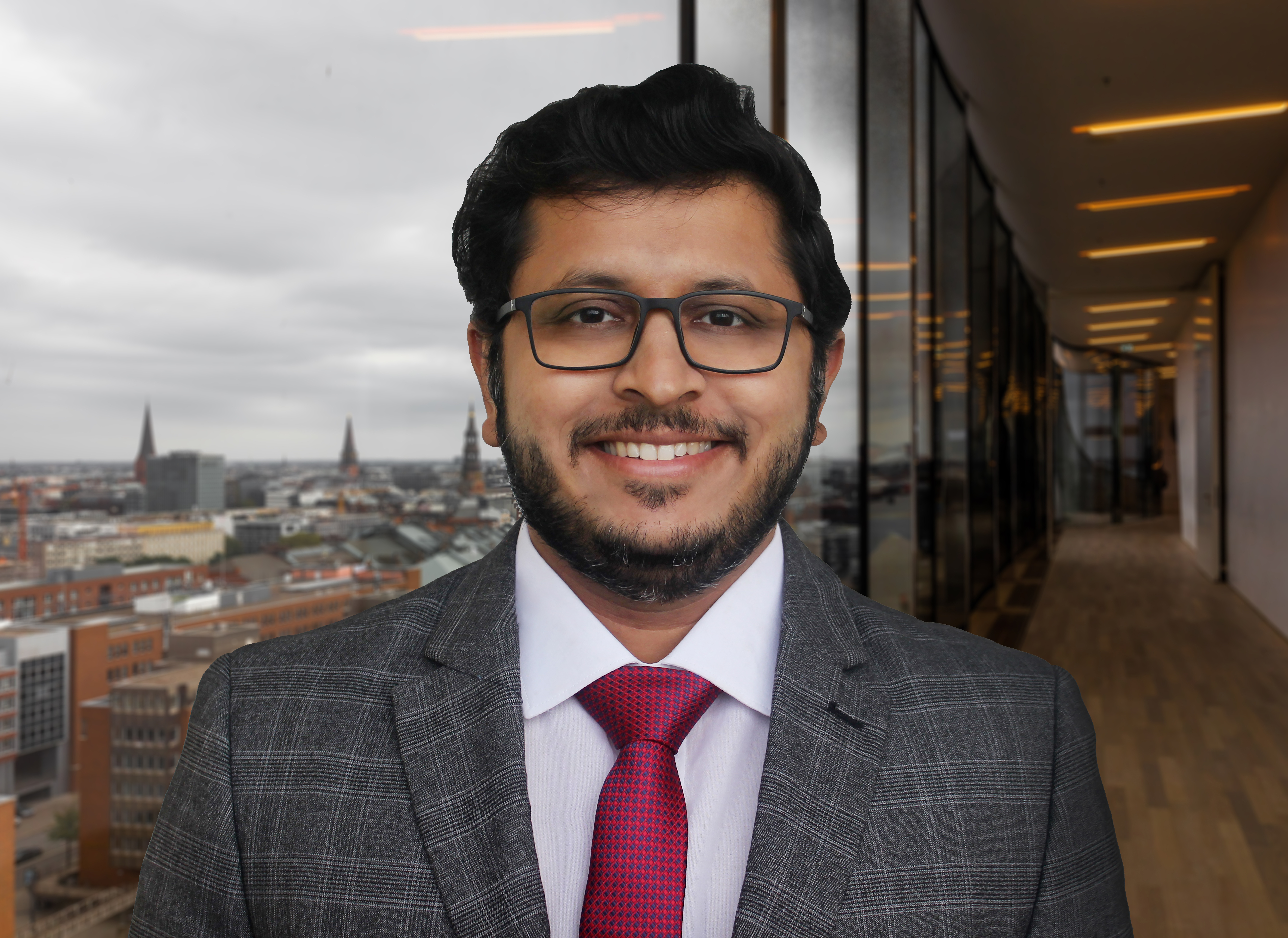 In this Neuronet interview, we speak with Pranav Joshi. Pranav works on the public-private PHAGO project under the guidance of Prof. Dr Jochen Walter at the Department of Neurology, Universitätsklinikum, Bonn. We asked Pranav about his career, research as well as about challenges & opportunities in his field.

Could you tell us about your career to date? What made you decide to follow a career in science?

The brain being such a complex organ, I have always been fascinated by how neurons and other cells function, which can sometimes result in disease-causing or disease-modifying effects in the brain. While I was doing Masters in Pharmacology in India, my thesis mainly focussed on understanding the effect of sex and ovarian hormones on depression-like phenotypes in mice in mild chronic stress, and during this period I was inclined towards working in the field of depression, memory and cognition. I continued working in the same field in two of the prestigious research institutes in India, the Indian Institute of Chemical Technology (IICT) and the Centre for Cellular and Molecular Biology (CCMB).

Being an active member of an Indo-French collaborative project, I worked on in-vitro and in-vivo screening of neuroactive compounds and also guided dissertation students on a chronic social defeat stress model to trace out the role of neurogenesis and the epigenetic mechanism that leads to cognitive impairment in defeated mice, unlike resilient mice. Apart from this, I was also involved in the project to investigate region-specific pathological events induced by cerebral ischemia using Bilateral Common Carotid Arterial occlusion (BCCAo) model in mice. After publishing these findings in peer reviewed journals, I moved to Germany for my PhD in January 2018.

Currently, I am working as a research assistant/doctoral student under the guidance of Prof. Dr. Jochen Walter at Department of Neurology, Universitätsklinikum, Bonn. I am investigating the role of the microglial receptor, TREM2 in binding/uptake as well as the differential deposition of post-translationally modified amyloid-β (Aβ) variants in the brain parenchyma and vasculature of humans and transgenic mice. Apart from research, I am also interested in science communication and outreach events. Currently, I am also volunteering as a DAAD Young Ambassador to promote higher education in Germany.

What is behaviour neuroscience, and how can it tell us more about neurodegenerative diseases?

When we say, behaviour in the context of Alzheimer’s disease (AD), cognitive and functional abilities decline as the disease progresses. People with AD are affected by at least one neuro-psychiatric symptom. Some of these symptoms, particularly depression, may be present even before the cognitive decline becomes evident. Other neuropsychiatric symptoms include, apathy, depression, anxiety, hyperactivity, agitation, aggregation, irritability and psychotic disorders (delusions and hallucinations).

These various behavioural changes worsen over time, posing significant management challenges for caregivers and health care professionals. It is important to study behaviour, because these symptoms appear in the early stages of the disease, and can hence serve as a marker of disease progression, thus strongly influencing the affected person’s daily function. Research studies play an important role for medication management decisions, as well as the quality of life of people affected.

You recently published a scientific article as part of research funded by the Innovative Medicines Initiative‘s PHAGO project.

Heterogeneity in proteolytic cleavages and additional post-translational modifications result in the production of several distinct Aβ variants that may differ in their aggregation kinetics and toxic properties thought to be involved in AD pathogenesis. For the first time, we show that the microglial receptor, TREM2, is involved in the differential interaction and uptake of post-translationally modified Aβ species. Furthermore, we show that phosphorylation at serine 8 and 26 position of Aβ increases binding to TREM2.

Since, phosphorylation at Ser8 promotes fibrillisation while phosphorylation at Ser26 prevents fibrillisation but stabilises oligomeric states of Aβ, uptake is also dependent of their distinct aggregation states as differences in the handling of these peptides by the microglia. Thus, TREM2 function is important for sensing phosphorylated Aβ variants in distinct aggregation states and reducing the accumulation and deposition of these toxic Aβ species in preclinical models of AD.

I would like to express my gratitude to all of the co-authors who contributed to these findings.

Previous research has shown that non-modified Aβ peptides are deposited first, followed by pyroglutamate modified (pE-Aβ) and phosphorylated Aβ (pSer8-Aβ) species in extracellular plaques and also in cerebral amyloid angiopathy (CAA) during the progression from pre-clinical to clinical phases of AD. These findings suggest that there are different biochemical stages of Aβ aggregate maturation, with pSer8-Aβ being primarily associated with cases of symptomatic AD.

The progression from pre-clinical to symptomatic AD could thus be attributed to the combined effects of increased Aβ concentration, aggregate maturation, and deposit spread into additional brain regions. The role of pSer26-Aβ in AD pathogenesis needs to be investigated further. In contrast to pE-Aβ and pSer8-Aβ, pSer26-Aβ reactivity is limited in extracellular plaques, but more abundant in neurons and CAA.

Recent data from phase 2 clinical trials revealed positive effects of antibodies (Donanemab) specifically recognising pE- Aβ in early AD. However, TREM2 did not show any increased binding to pE-Aβ but instead senses phosphorylated Aβ variants. As a result, our findings add a new perspective to our understanding of TREM2 function, as well as show the importance to further evaluate the potential of targeting phosphorylated Aβ species in AD therapy and prevention.

PHAGO involves many academic, industry and SME partners. What has been your experience of working on such a large public-private partnership?

Working with collaborators and many academic, industry, and SME partners has been a fantastic experience for me. It not only allows for the exchange of ideas, but also allows for access to research facilities or resources.

The complexity of Aβ itself represents a challenge in AD research. As previously stated, Aβ deposits in the human brain contain a variety of Aβ species, which includes variants of varying lengths and different post-translational modifications that affect aggregation, stability, and toxicity. Also, the complexity of the cell types in the brains and their responses differ, based on modifications on Aβ.

There is still much work to be done to investigate various post-translationally modified Aβ variants and their implications in the progression of AD. I believe that, the structured framework provided by the public-private partnership model encourages more systematic and sustainable collaborations between academics and pharmaceutical industry, which will further promote emerging biomedical technologies to understand the complexity of modified Aβ species in order to deliver innovative interventions in AD.

These reviews summarised the current state of knowledge about TREM2 and its role in neurodegenerative diseases:

These studies showed heterozygous rare variants in TREM2 are associated with an increased risk of AD:

These studies showed TREM2 is a receptor for Aβ and that a TREM2 loss-of-function mutant causes accelerated amyloidogenesis: