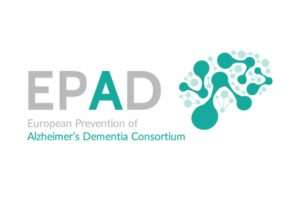 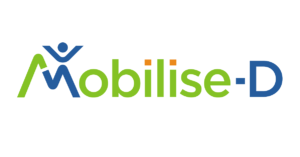 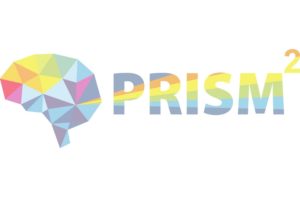 A common sign of Alzheimer’s disease are deposits of a protein called beta amyloid. The AMYPAD project studies the value of using an imaging technique called positron emission tomography (PET) to scan people’s brains for these beta amyloid deposits. AMYPAD will carry out beta-amyloid PET imaging on a large number of people who are suspected to be in the early stages of Alzheimer’s disease. The goal is to determine the clinical added value of PET imaging in diagnosis and patient monitoring.

AMYPAD will work closely with the Innovative Medicines Initiative’s EPAD project, which is working to increase our understanding of the early stages of dementia and to create a platform to test treatments designed to prevent dementia.

Today, research increasingly focuses on ways to prevent the onset of Alzheimer’s dementia in the first place. The EPAD project is pioneering a novel, more flexible approach to clinical trials of drugs designed to prevent Alzheimer’s disease dementia. Using an adaptive trial design should deliver better results faster and at lower cost.

A key project outcome is the open access EPAD database, publicly available to the research community. To access the data, you will need to make an online request via EPAD LCS Research Access Process. To find how to apply and learn what data is available in the EPAD data releases before you apply, visit the EPAD website here.

Although the funding period of EPAD ended in October 2020, local actions are taking place to keep the EPAD Longitudinal Cohort data collection going.

Find out more about the project by watching this video:

Craig Ritchie (University of Edinburgh) is EPAD representative on Neuronet's Scientific Coordination Board.

Learn more about the EPAD project in this Spotlight on early-career investigators: a Neuronet interview with Sarah Gregory.

EPND integrates existing initiatives to build, grow, and deliver a scalable and self-sustainable platform for storage and analysis of high-quality clinical samples and data collections. It is a public-private partnership funded by the Innovative Medicines Initiative (IMI), aiming to become a future European infrastructure, facilitating access to biological samples and data to accelerate biomarker discovery and validation and eventually support the development of therapeutics for neurodegenerative diseases.
<

The European Platform for Neurodegenerative Diseases - EPND from Alzheimer Europe on Vimeo.

Fatigue and sleep disturbances are common symptoms of many chronic diseases, and are associated with a poor quality of life and greater healthcare costs. Today, efforts to measure these symptoms, e.g. in clinical trials, are based largely on standardised paper questionnaires, which do not give very reliable results.

Walter Maetzler (University Of Kiel) is IDEA-FAST representative on Neuronet's Scientific Coordination Board.

As the name suggests, the blood-brain barrier (BBB) tightly controls access to our brains, allowing nutrients and essential substances through, but blocking pathogens, for example. Getting medicines through this protective shield is a major challenge for drug developers, particularly those developing biopharmaceuticals, which are based on large molecules like proteins and antibodies. The goal of IM2PACT is to advance our understanding of the BBB to facilitate the development of more effective treatments for a range of neurological and metabolic disorders.

Specifically, the project aims to develop better models of the BBB so that researchers can study it more easily; investigate the biology of the BBB in both health and disease, and the transport routes across it; and to develop innovative systems capable of delivering medicines to the brain. The project will focus on two major disease areas: neurodegenerative diseases, including Alzheimer and Parkinson’s diseases, amyotrophic lateral sclerosis (ALS, also known as Lou Gehrig's disease and motor neurone disease), vascular dementia, and multiple sclerosis; and metabolism-related diseases (mainly diabetes and obesity).

Learn more about the IM2PACT project in this Spotlight on early-career investigators: a Neuronet interview with Ilaria Ottonelli.

The Mobilise-D results will help to improve the accurate assessment of daily life mobility in clinical trials and patient treatment, thereby contributing to improved and more personalised care.

Have a look at the Mobilise-D public information sheet to gain a high-level & easy to understand overview of the project.

Find out more about the Mobilise-D project in this spotlight on early-career investigators: a Neuronet interview with Clint Hansen.

IMI’s PRISM project focused on social dysfunction, a common early symptom of many neurological disorders. PRISM shed new light on the underlying causes of social dysfunction in schizophrenia and Alzheimer’s disease, including some of the genes involved as well as a neural network.

Interestingly, the neural network involved in social dysfunction appears to be the same in both diseases. The team also developed an early version of a suite of tests, including scans, blood tests and smartphone monitoring, which could potentially make it easier to diagnose conditions, indicate the brain mechanisms involved, and identify targets for new treatments.

The goal of the PRISM 2 project is to build on the achievements of the original PRISM project. Specifically, it aims to validate PRISM’s findings on social dysfunction in schizophrenia and Alzheimer’s disease, and investigate whether they also apply to major depressive disorder.

Ultimately, the work of PRISM 2 should ensure that these findings will result in more accurate diagnoses and treatments for people with Alzheimer’s disease, schizophrenia and major depressive disorder.

Learn more about the PRISM2 project in this Spotlight on early-career investigators: a Neuronet interview with Ilja Saris.

People in the earliest stages of Alzheimer’s disease experience declining cognitive and functional abilities, making it harder for them to remember things and places, carry out simple calculations, use a phone/computer, drive, and adhere to medications. The goal of the RADAR-AD consortium is to develop a digital platform that would draw on smartphone, wearable and home-based digital technologies to identify subtle changes in the cognitive and functional abilities of people living with Alzheimer’s disease.

The project will adapt the existing RADAR-CNS project’s platform and experiences for Alzheimer’s disease. Among other things, the team will have to take account of the fact that many people living with Alzheimer’s disease are older and so may be less familiar with technology, while their condition may make it more difficult for them to learn to handle technological devices. People with Alzheimer’s disease will be fundamentally involved in the design and development of the project so that the clinical tests and final outcomes put in place are acceptable and appropriate for them.

The platform will be tested in a clinical study of people with different stages of Alzheimer’s disease. Ultimately, the goal of the project is the development and validation of technology-enabled, quantitative and sensitive measures of functional decline in people with early stage AD.