Accurate regional brain quantitative PET measurements, particularly when using partial volume correction, rely on robust image registration between PET and MR images. Researchers argue here that the precision, and hence the uncertainty, of MR-PET image registration is mainly driven by the registration implementation and the quality of PET images due to their lower resolution and higher noise compared to the structural MR images.

They propose a dedicated uncertainty analysis for quantifying the precision of MR-PET registration, centred around the bootstrap resampling of PET list-mode events to generate multiple PET image realisations with different noise (count) levels. The effects of PET image reconstruction parameters, such as the use of attenuation and scatter corrections and different number of iterations, on the precision and accuracy of MR-PET registration were investigated.

In addition, the performance of four software packages with their default settings for rigid inter-modality image registration were considered: NiftyReg, Vinci, FSL and SPM.

They also observed that the registration uncertainty in quantitative PET analysis depends on amyloid status of the considered PET frames, with increased uncertainty (up to three times) when using post-reconstruction partial volume correction. This analysis is applicable for PET data obtained from either PET/MR or PET/CT scanners

The research leading to these results has received funding from the Innovative Medicines Initiative 2 Joint Undertaking under grant agreement No. 115952. This Joint Undertaking receives support from the European Union’s Horizon 2020 research and innovation program and EFPIA.
Read the full paper here: https://www.sciencedirect.com/science/article/pii/S1053811921000987
This post is part of our annual campaign entitled “Programme impact analysis – Where we are and where we need to go”. Follow the whole campaign here. 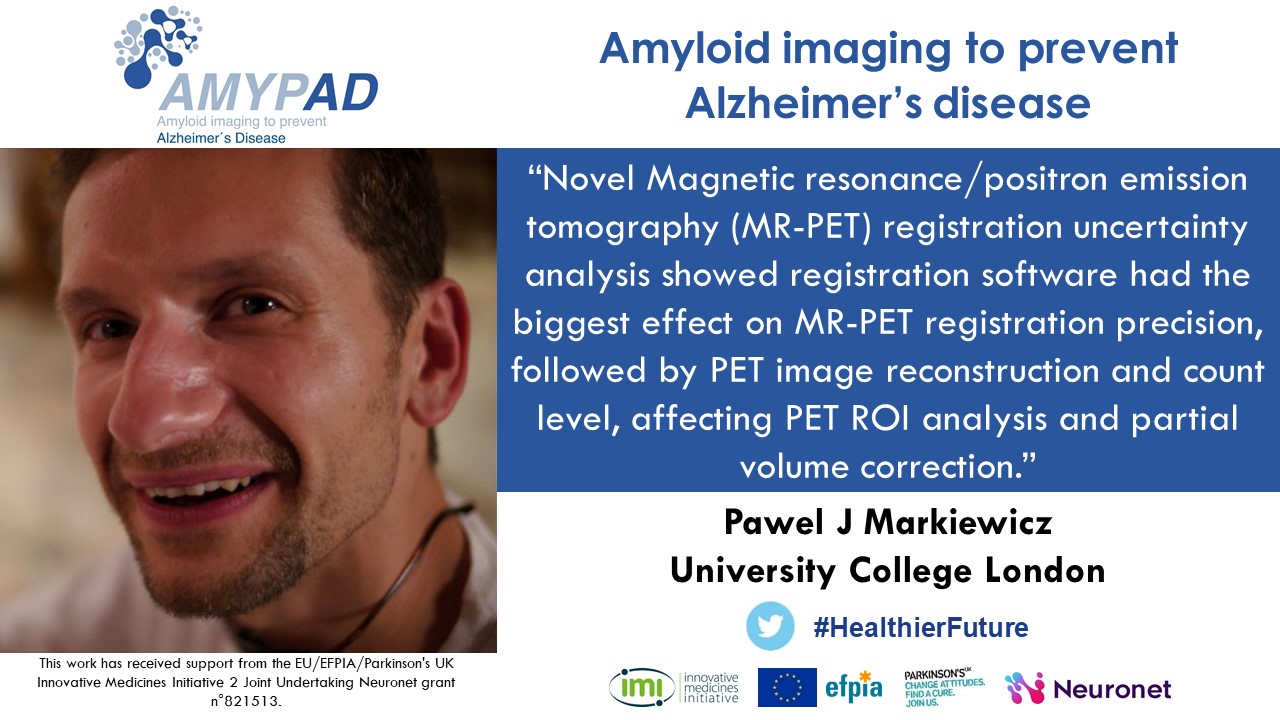