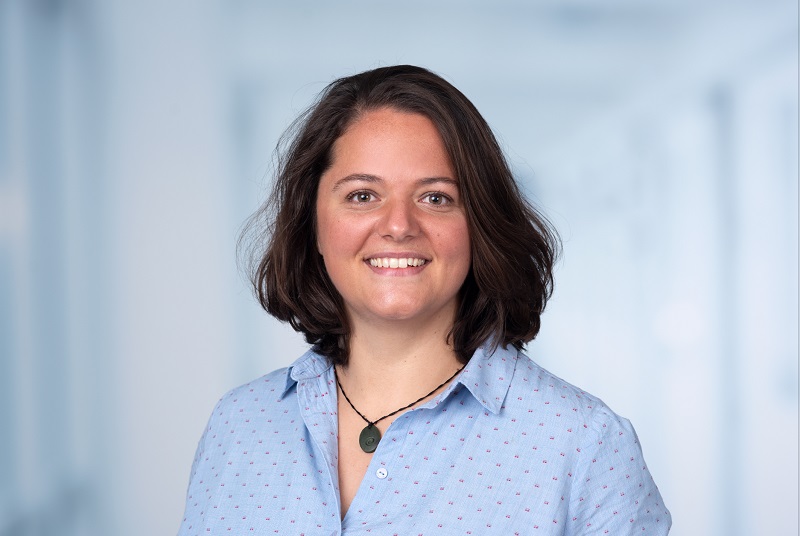 In this Neuronet interview, we speak with Hannah Scheiblich. Hannah works as a postdoctoral researcher on the public-private PD-MitoQUANT project under the guidance of Prof. Dr. Michael T. Heneka at the German Center for Neurodegenerative Diseases and the Clinic for Neurodegenerative Diseases / Neurology at the University Hospital in Bonn (Germany). We asked Hannah about her career, research as well as about challenges & opportunities in her field.

Could you tell us about your career to date, what made you decide to follow a career in science?

Ever since my first biology lesson at school, science has fascinated me. From that point on, my career aspiration was clear: I wanted to study biology. Actually, marine life always excited me a lot, but pretty soon I realized that it was the brain that was much more fascinating. After graduating from high school, I moved to Marburg for my bachelor’s degree where I studies neuropeptides in the antennal lobe of the Yellow Fever Mosquito. After that I did my Master’s at the University of Veterinary Medicine in Hannover.

I was particularly interested in the function of a small cell, which is still the focus of my work today: the microglia. During my Master’s studies I focussed on the NO/cGMP-mediated motility of microglia. Besides my studies, my big dream has always been to explore New Zealand with a backpack. The perfect time for that was a year of work and travel after my master thesis. Full of new impressions and motivation, I then moved back to Hannover, where I completed my PhD at the Institute of Cell Biology. During my PhD I studied the regulation of microglial migration, phagocytosis, and neurite outgrowth by NO/cGMP and HO-1/CO signalling. After a short detour to England, I have been working as a postdoc at the University Hospital Bonn since 2016, still focusing on microglial function and its impact on neurodegenerative processes.

What is clinical neuroscience, and how can it tell us more about neurodegenerative diseases?

Clinical neuroscience is a branch of neuroscience that focusses on the fundamental mechanisms underlying brain functionality under physiological and pathological conditions. The field aims to steadily increase our understanding of the development and progression of pathological processes in the central nervous system (CNS). Thereby, it combines basic research, diagnostics and therapeutic approaches to gain a better understanding of the pathological processes, including molecular and cellular events related to the function of the brain.

Understanding the structure and function of the brain and the CNS is pivotal to explain the etiology of diseases associated with neuronal dysfunction and degeneration such as in Alzheimer’s disease, Parkinson’s disease (PD), and amyotrophic lateral sclerosis. Importantly, various neurodegenerative diseases share the fact that they derive from protein alterations followed by the formation of pathogenic aggregates in neurons that cause increased cell death and trigger the activation of immune cells. Immune cells, such as microglia, become activated and execute an inflammatory response that, in case it persists, causes chronic neuroinflammation and neuronal damage, thereby ending in a vicious circle of inflammation and cell death. Decoding these common features of neurodegenerative diseases could help to really understand disease progression and to develop novel therapeutic approaches that might ameliorate the spread of more than one of those pathologies.

What are Microglia and why are they important for Parkinson’s disease research?

A characteristic feature of various neurodegenerative diseases is the intraneuronal accumulation of misfolded/aggregated forms of different proteins. My current project specifically focuses on the protein alpha-synuclein (a-syn), which leads to the development of so-called synucleinopathies, with PD being the most prominent of these pathologies. Evidence suggests, that aggregated forms of this synaptic protein can travel between neurons, resulting in the propagation of pathology and the temporal evolution of neuroinflammatory events predominantly mediated by brain resident cells of the innate immune system. Being the brain’s primary innate immune cells, microglia play a crucial role in the elimination/clearance of those toxic protein accumulations to maintain cerebral homeostasis.

However, increased exposure of microglia to a-syn aggregates results in a disabled protein clearance capacity and the induction of an inflammatory response that, in case it persists, causes chronic neuroinflammation and neuronal damage. Excessive effort has been made toward the identification of cellular pathways regulating a-syn clearance in microglia. Nonetheless, the exact mechanism for the clearance of α-syn and other protein aggregates remains unclear. Therefore, we were aiming to study potential mechanisms by which microglia might clear toxic a-syn accumulations.

You recently published a scientific article as part of research, funded through the Innovative Medicines Initiative’s PD-MitoQUANT project.

Aggregated a-syn accumulations and microglial activation represent key pathological hallmarks of synucleinopathies. Thus, broaden our knowledge on how microglia handle and cope with a-syn and its clearance is of specific importance for the development of clinical interventions.

We found that microglia quickly engulfed exogenous a-syn but hesitated in its degradation, resulting in protein accumulation inside the cells and the initiation of an inflammatory and cytotoxic response. Using in vitro live cell imaging, we demonstrated that microglia exposed to a-syn form an “on demand” functional network allowing the traffic of a-syn aggregates between microglia via direct cell-to-cell contacts. Importantly, sharing the individual burden of a-syn with neighboring cells resulted in improved clearance and attenuated the inflammatory profile and cytotoxicity in α-syn-containing microglia by the donation of intact mitochondria from naïve microglia.

We revealed that the donation of mitochondria is linked to improved microglial survival and the attenuation of the microglial inflammatory profile. This protective strategy was compromised in microglia carrying the LRRK2 G2019S mutation, the most common genetic cause of PD associated with mitochondrial dysfunction. In line with this, we found that monocyte-derived microglia-like cells (MDMis) that were donated from patients with Lewy-Body dementia /PD showed an impaired potential to transfer α-syn aggregates compared to their healthy spouses. Thus, our current project uncovered a strategy for effective aggregated α-syn clearance.

Our work has uncovered a novel mechanism indicating that microglia can join together, as in a community, to combat accumulation of pathogenic a-syn aggregates to rescue each other from cytotoxicity and cell death. However, for some reason this communal effort fails in cells carrying PD-associated mutations, which may worsen the progression of diseases. Of course, our study raises numerous questions that now need to be addressed in future research. For example, we did not analyse the exact mechanism involved in the formation of this functional network to understand why the communal effort fails in PD.

We do not know the relationship and interactions between neurons and microglia with regard to this rescuing strategy as a-syn accumulation starts intraneuronal. And, to place the whole story in the context of neurodegenerative diseases, we also do not know how aging and the progression of pathologies over decades might affect this rescue strategy.

Nevertheless, I’m sure we have built a fundament that will inspire the field of microglia biology to re-evaluate the contribution of microglia in disease development and progression. Focusing on the modulation of microglial functions may thus become a more promising therapeutic strategy for the treatment of neurodegenerative diseases.

I think the biggest challenge in our field is translating our results to humans and realizing that the “bench-to-bedside” model is not as simple as it sounds. We are able to perform numerous experiments in the petri dish and validate the results in a wide variety of mouse models to generate a large amount of data in a very short period of time. However, it is often neglected that we do not have the same environmental conditions in the Petri dish as in the human brain and that humans are not 70 kg mice and therefore react differently. Nevertheless, I am convinced that the results we gain from our basic research represent a small piece of the puzzle, which we have to put together in order to understand the cellular and molecular processes that induce neurodegenerative processes.

On the other side, I think we are making great progress in including human samples in our research. On the one hand, this is due to the fact that we are now able to differentiate human stem cells into any cell type and to induce various disease-related mutations in these cells. On the other hand, the donation of blood and tissue samples from affected patients can help us to demonstrate the presence of our findings in patients as well.