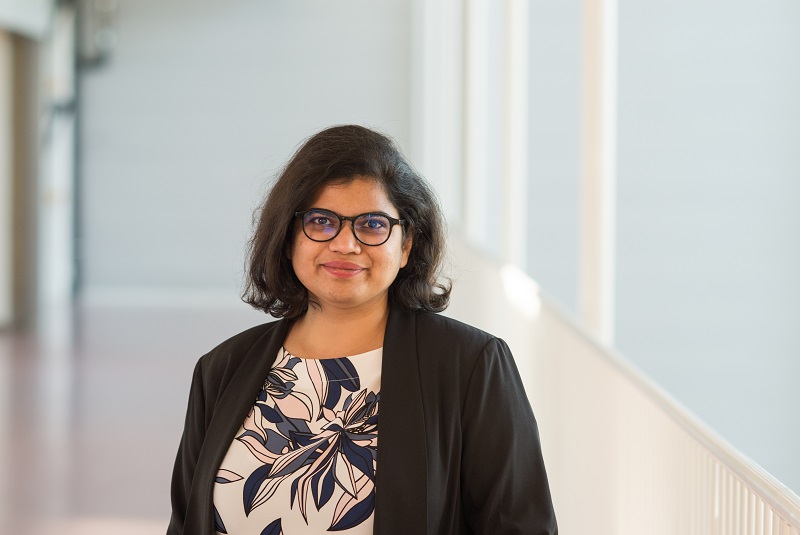 In this early-career investigator interview, we talk to Dr Shruti Desai, who is a Post-Doctoral researcher at Radboud UMC. Shruti works on the IMI-funded PD-MitoQUANT project, which stands for “A quantitative approach towards the characterisation of mitochondrial dysfunction in Parkinson’s disease”.

Could you tell us a little bit about your work on PD-MitoQUANT, and what it involves?

In two words: Image Analysis. I acquire images of neuronal cells and process the information: The start of an experiment is growing cells in optimal conditions, imaging them in a live or fixed state; followed by extensive image analysis, to get as much information as possible from the image. Every image has so much hidden content, whether it is a 2-dimensional or 3-dimensional sample, the art is to quantify this content into readouts that can give us clues into understanding disease pathology.

Some of your work happens through collaboration in public-private partnerships, like PD-MitoQUANT project, which involves both academia and industry. What has been your experience so far of these large-scale research collaborations?

Working with different groups of experts has immense benefits. There is a flow of information and materials that makes science drive faster and smoother. A considerable part of my work is based on collaborative work through labs across Europe, public and private partners alike, everyone is dedicated towards our common goal. Over time we have managed to gel-well and support each other, in spite of the unpredictable situation this year, which reaffirms the significance of having collaborative projects.

What are your main research interests?

As I have grown and gained experience, my research interests have also evolved. At the university, I was interested in cell biology, later I focused on polarity establishment, which then progressed into the study of neuronal polarity establishment. Recently, I have developed an interest in image analysis, and pipeline establishment. That’s the beauty of a career in science, it constantly changes! I get to learn new skills and techniques, adapt myself to the project in hand.

Why did you choose to study neurodegenerative conditions such as Parkinson’s disease?

From Drosophila, zebrafish to rodent neurobiology, I have had my fair share of experience in various fields of biology and model organisms. During my PhD, I was completely mesmerised with neurobiology. Later, I wanted to branch out into neurodegenerative disorders. For my first postdoc, I worked on a project with a focus on Alzheimer’s disease. By the time I was looking for a second postdoc, an opportunity to work on Parkinson’s disease in PD-MitoQUANT presented itself, it felt like a privilege to be part of this consortium, I had to grasp it! My maternal grandfather had Parkinson’s, and the fact that I can contribute to this field motivates me every day. I suppose every drop is important in forming an ocean, I want to do my part to aid research in neurodegenerative diseases.

Read more from our series of interviews with early-career researchers & investigators:

Spotlight on early-career researchers: a Neuronet interview with Tania Fowke and Shahzad Ahmad