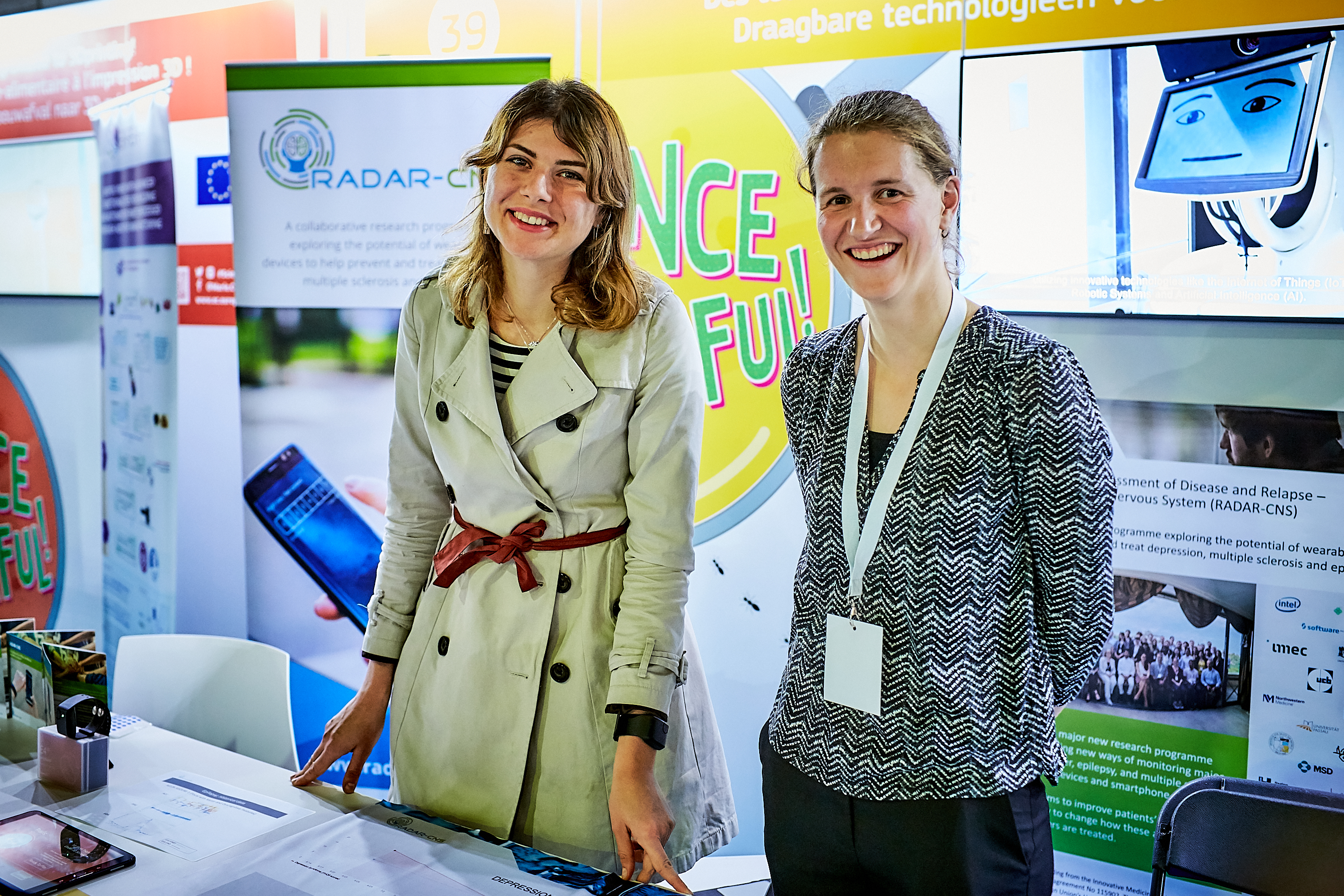 Researchers presented the work of the RADAR-AD project at the exhibition “Science is Wonderful!” on 25 and 26 September, which aimed at bringing science closer to the general public. “Science is Wonderful!” was part of the Research and Innovation Days organised by the European Commission in Brussels. The exhibition targeted everyone passionate about science, research and innovation, ranging from education professionals, researchers, students, school children, the media and the general public. It presented an invaluable opportunity to showcase present scientific research to the public and engage wider audiences with scientific studies. The exhibition spanned a broad variety of EU-funded research projects, from moon rovers to bioplastic and others.

At the event, RADAR-AD was represented by Marijn Muurling (pictured, right), PhD student at the Amsterdam UMC and part of the clinical study, interested in how new technologies can help people with Alzheimer’s disease. Ms Muurling explained the goal, research and methods of RADAR-AD to the attendees. Together with Robbert Harms, a machine learning expert from Altoida Inc., they showed medical devices, such as the Altoida app. This is an app on a tablet, which includes a motor task and augmented reality task that screens people for early stage AD. Ms Muurling and Mr Harms explained how the project will use the application within the RADAR-AD study – namely, as a digital biomarker for visuospatial and executive function and spatial memory. 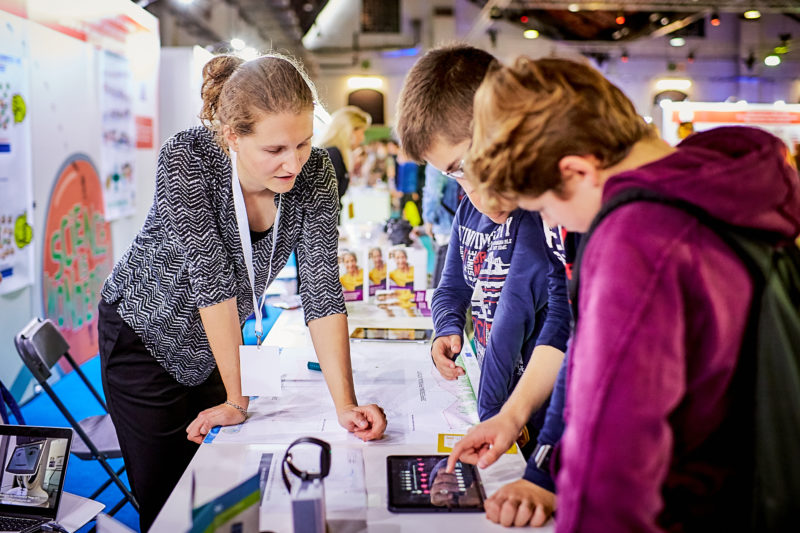 Moreover, attendees had the opportunity to interact with and app called “Mezurio”, which measures cognition. They were able to play several brain-training games on it and learn how these are applied within RADAR-AD’s research. Also, real-time data from a “Fitbit” smartwatch was shown, which is used in the RADAR-CNS study as well. RADAR-AD uses this smartwatch to measure sleep, movements and heartbeat during activities of daily living. Lastly, a video of a “smart home” in Greece was shown, which presents the idea of a specially-designed home, adapting to the needs of a person with Alzheimer’s dementia, thus supporting them to live more independently. This “smart home” will be used within RADAR-AD’s research as part of a small sub-study.

In addition to school children, researchers and families, representatives from partner and funder organisations also interacted with the project team and the devices being demonstrated. Among them was Pierre Meulien, Executive Director of the Innovative Medicines Initiative (IMI). IMI provides funding to RADAR-AD. The researchers were happy to receive a positive response to the work done within RADAR-AD.

Marijn Muurling commented: “They were all very enthusiastic and curious about the devices and data, especially when they heard that they could play a game.”