New, more effective treatments are urgently needed for the more than one million people living with Parkinson’s in Europe today. PD-MitoQUANT (www.pdmitoquant.eu) is an Innovative Medicines Initiative (IMI) project investigating the role of mitochondrial malfunction in Parkinson’s. Academic experts, Small/Medium Enterprises (SMEs), pharmaceutical companies from the European Federation of Pharmaceutical Industries and Associations (EFPIA) and the patient advocacy organisation, Parkinson’s UK have assembled in this project to:

(i) improve our understanding of mitochondrial dysfunction in Parkinson’s, 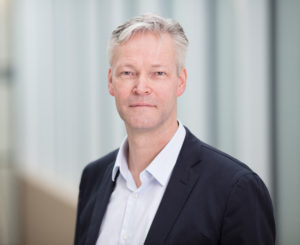 “PD-MitoQUANT began work in February 2019. All partners have contributed to ground-breaking work.

Find out more about the latest progress of the PD-MitoQUANT project, which is investigating the role of mitochondrial dysfunction in Parkinson by downloading the full 2020-02-03 PD-MitoQUANT – Newsletter here.

Dopamine is a neurotransmitter involved in controlling motion. A neurotransmitter is a chemical that passes messages between nerve cells (neurons). Parkinson’s involves the loss of neurons that release dopamine, resulting in symptoms like tremors or slow movement.