RADAR-CNS researchers showcased the work of the project on the 24th and 25th of September at a free exhibition designed to bring the world of science to the public. 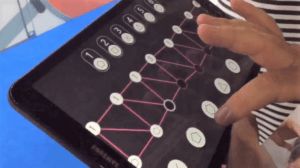 ‘Science is Wonderful!’ is part of the European Commission’s Research and Innovation Days in Brussels, and is aimed at anyone interested in science, research and innovation, including education professionals, researchers and the media. It provides networking opportunities for researchers, and is a valuable opportunity to engage public audiences in the work of studies currently under way. Exhibits encompassed a wide range of EU-funded scientific projects, from moon rovers to bioplastics.

RADAR-CNS researchers explained the project aims and methods to attendees, showed them example data from the depression and epilepsy studies and described how active and passive data is combined to paint a picture of someone’s wellbeing over time. People also had a chance to try out the various apps used in the study, with one of the most popular being the ThinkIt app, which delivers brain tests to track how well people pay attention, remember things and plan ahead. They also enjoyed a virtual reality app where they placed objects on virtual surfaces, then had to remember where they were to find them again. 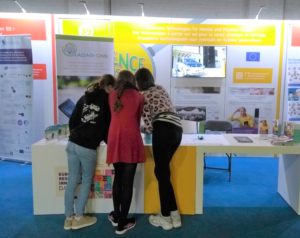 As well as schoolchildren, families and researchers, representatives from partner and funder organisations also spoke to our team and tried out the apps, including Pierre Meulien (pictured), Executive Director of the Innovative Medicines Initiative (IMI), which funds RADAR-CNS.

Alina Ivan, Research Assistant in the Department of Psychological Medicine at King’s College London, said: “It’s so important for scientists to engage the public in their work, and all the more so for a project like RADAR-CNS, as people are currently so interested in applications of mainstream wearable technology for health.

We were really happy with the positive response to our work. The schoolchildren were particularly curious and enthusiastic, especially when they learned they could play games on the tablet!”

IMI made a short film about the study, featuring Alina, which was shared widely on social media. You can view the film here.

This article was orginally posted on: https://www.radar-cns.org/