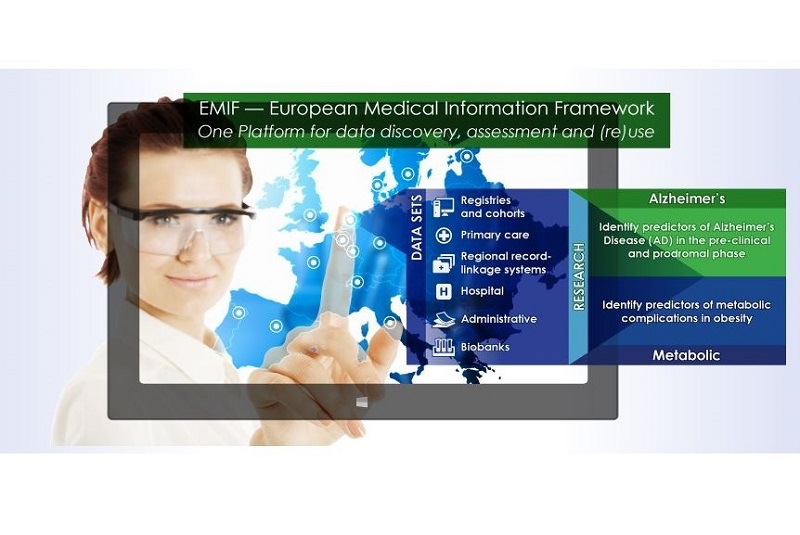 When it comes to brain pathology, Alzheimer’s disease (AD) is defined by loss and gain: on the one hand, the progressive loss of neurons and on the other, the accumulation of amyloid plaques and tau tangles. Usually, accurate assessment of these pathological processes requires brain imaging scans (MRI and PET) and biomarker measurements, normally performed on cerebrospinal fluid (CSF) samples obtained via lumbar puncture. In a new EMIF study published in Alzheimer’s and Dementia, a team of researchers including Prof. Pieter Jelle Visser (University of Maastricht, Netherlands) show that blood proteins can also predict the presence of AD pathology, accurately discriminating between people with mild cognitive impairment (MCI), MCI converters, and people with AD.

In 2018, the National Institute on Aging and the Alzheimer’s Association (NIA-AA) proposed the ATN biomarker framework for classifying AD. In this framework, A refers to amyloid-beta, T refers to tau, and N refers to neurodegeneration, measured by using a range of different biomarkers. Blood-based assays represent a promising, minimally-invasive advance on brain imaging scans and CSF analyses to measure ATN biomarkers.

To test whether the ATN classification framework holds true when using blood-based biomarkers, the researchers analysed samples and data from the EMIF-MBD cohort, comparing blood plasma profiles of 600 people with MCI or AD, with over 370 of their unaffected peers. Using the SOMAscan technology, which can measure over 4,000 different blood proteins in a single plasma sample, the researchers identified groups of proteins that changed in correlation with traditional ATN markers. Cross-referencing these results with clinical measures, they found specific groups of proteins that could classify EMIF-MBD participants based on their AD diagnosis, or MCI conversion status. These proteins also point to potential targets for further studies aiming to understand the molecular basis of AD and dementia.