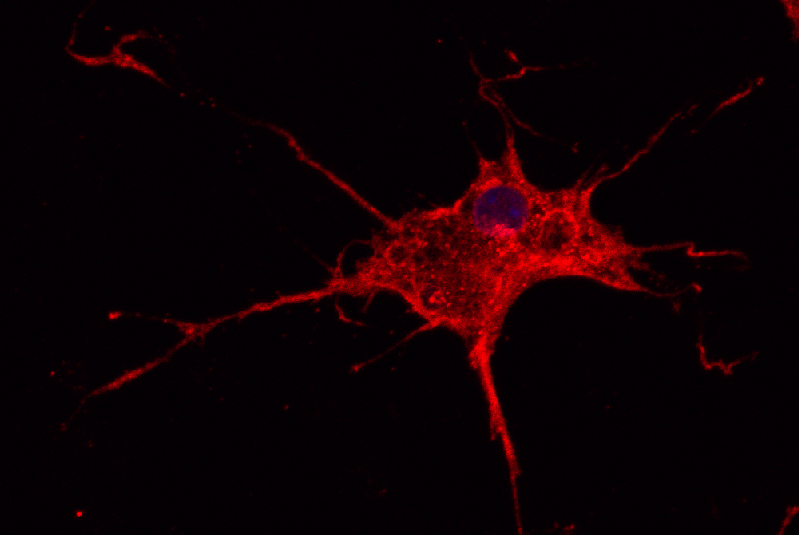 LIFE & BRAIN GmbH, a SME based in Bonn, Germany, and partner within the PHAGO consortium, has filed a patent application with the EPO (European Patent Office) on an improved protocol for the large-scale derivation of human microglia from induced pluripotent stem cells (iPSCs). Microglia are thought to play an important role in the development and progression of Alzheimer’s Disease (AD). To elucidate their function, researchers within PHAGO, a pan-European project funded by the Innovative Medicines Initiative (IMI), look at genetically distinct iPSCs generated from the blood of AD patients and microglia derived from them. This cell culture technique is technically challenging, cumbersome and difficult to mend into a cell product.

LIFE & BRAIN GmbH, who is co-leading the project’s work package on iPSC models, has now developed a greatly improved method, which involves new types of material enabling scalable bioreactor-based expansion and can yield very high numbers of iPSC-derived microglia. This technique not only facilitates biomedical research, but it might in the long run offer new perspectives for a possible immunotherapeutic approach to treat patients which have a genetical disposition to develop Alzheimer’s disease.

Within the PHAGO project, 40 iPSC lines have already been generated from donors that were successfully recruited by the team of Dr. Angela Hodges at King’s College London, which carry several different genetic mutations in the TREM2 or CD33 gene. The “European Bank for Induced pluripotent Stem Cells” (EBiSC, another European initiative under IMI) and PHAGO are working together to make these cells lines accessible to researchers via the EBiSC catalogue at www.cells.ebisc.org.