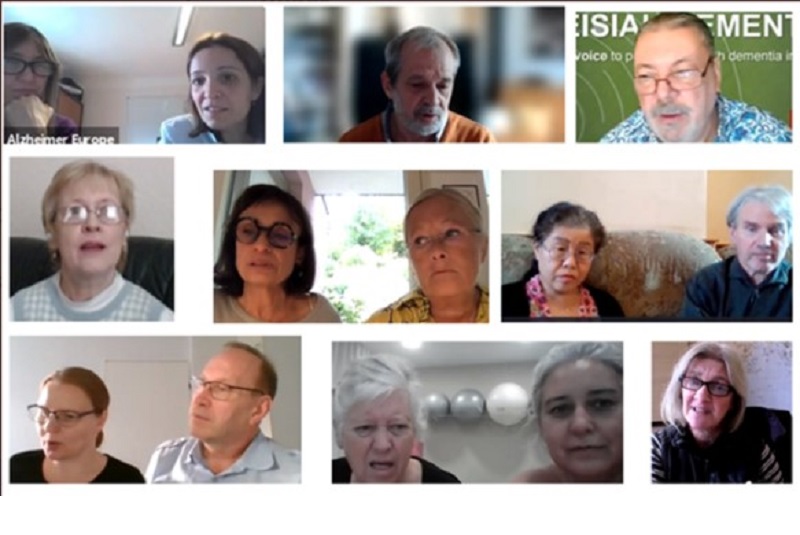 In 2020, we conducted an exercise to map the global biomedical research landscape for neurodegenerative diseases, publishing a deliverable report that highlighted the scale and volume of research and reinforced the value of coordination mechanisms such as Neuronet.

In October, Neuronet hosted the first in a series of workshops organised for the second stage of the landscape mapping exercise. These workshops aim to understand the priorities and gaps in neurodegenerative disease research, from the perspective of different stakeholders, and the first workshop involved the European Working Group of People with Dementia (EWGPWD), which was launched by Alzheimer Europe in 2012. The EWGPWD is composed entirely of people with dementia, supported by a family member or friend, and actively participates in the work of Alzheimer Europe.

The first half of the consultation was focused on the IMI Strategic Research Agenda, which identifies four priorities for neurodegenerative disease: 1) understanding disease mechanisms and developing new biomarkers; 2) developing new screening programmes for at-risk individuals; 3) developing new clinical trial designs; and 4) assessing novel drugs for prevention and treatment of disease. The second half of the consultation was focused on the dementia projects in the IMI portfolio, which range from fundamental science projects on disease mechanisms to more applied, clinical projects that are looking at biomarkers, digital technologies, screening and diagnosis methods.

During the consultation, which was facilitated by Dianne Gove (Director for Projects at Alzheimer Europe) and Ana Diaz (Project Officer), EWGPWD members and supporters provided their views on the Strategic Research Agenda and on the disease areas and topics being addressed by the IMI projects. They discussed topics that were felt to be of particular value, such as screening and diagnosis, and reflected on disease areas and stages that are less well-represented in the portfolio, such as vascular dementia and the more advanced stages of Alzheimer’s dementia. The feedback provided by the consultation participants will be presented as part of a Neuronet roundtable session at the Alzheimer Europe conference in December.