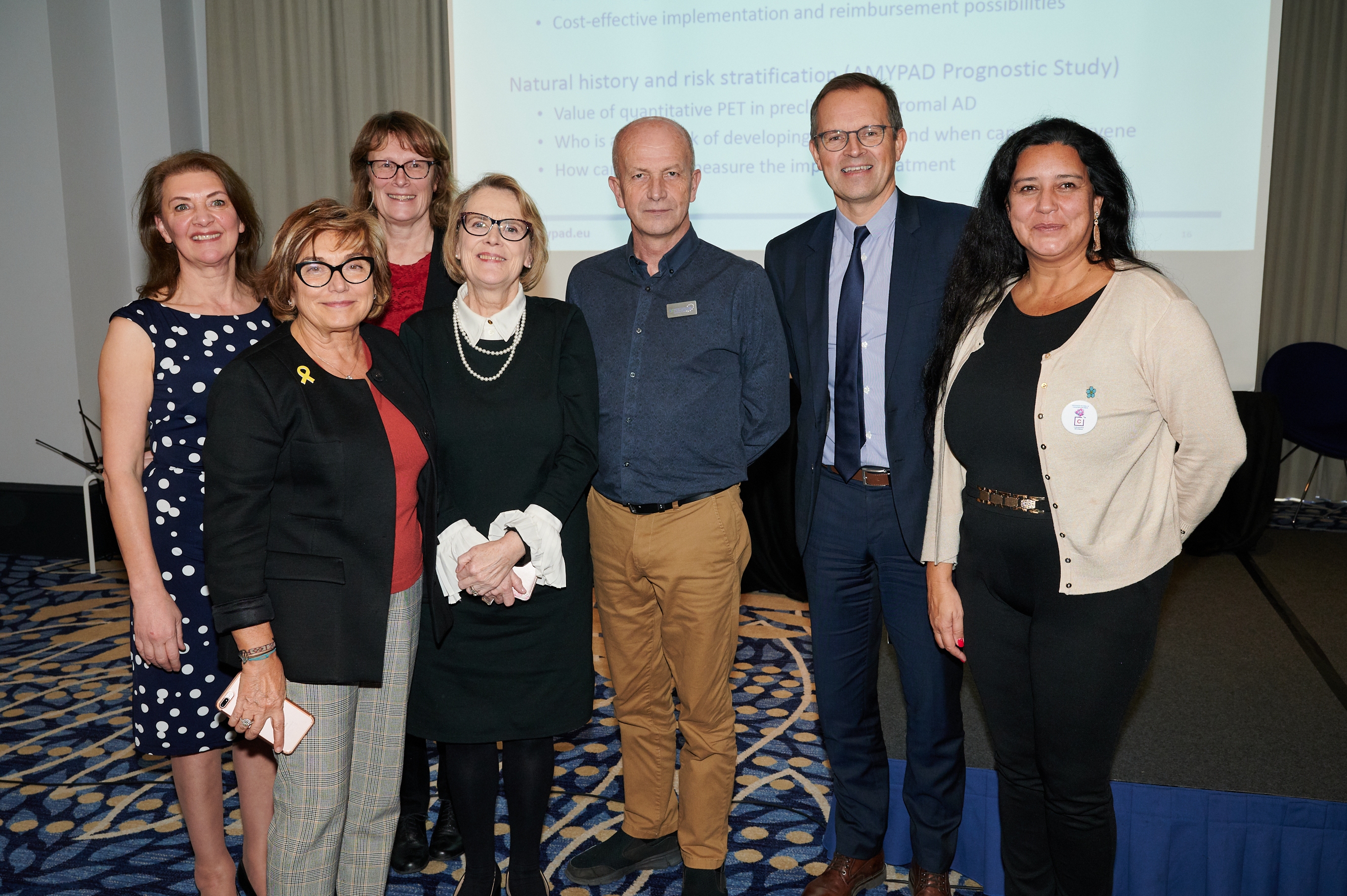 Pierre Krolak-Salmon from the Institut du Vieillissement (Lyon, France) started with the first presentation. He introduced a consensus, developed as part of the Act on Dementia project. The speech focussed on a graduated diagnosis strategy tailored to the patients’ needs and wills. This strategy is based on a consensus that aims at clarifying appropriate components for primary and specialty care. The strategy has been published in a scientific journal and can be accessed here: https://www.ncbi.nlm.nih.gov/pubmed/31594224

After that, Gill Farrar from GE Healthcare held the closing presentation. Her speech revolved around the AMYPAD project. As part of this, she introduced its endeavours to clarify the role of brain imaging in the diagnosis and prognosis of Alzheimer’s disease.

Collaborators from the MOPEAD project also took the opportunity to share recommendations for policy makers as well as public education material with the attendees.