The IDEA-FAST project aims to identify digital endpoints for fatigue and sleep disturbances that will provide a more sensitive, reliable measure of the severity and impact of these symptoms in a real life setting.

Although COVID-19 restrictions had their implications, Consortium members have been busy adapting to the new situation and developping alternative plans. Here we provide you with a high-level overview of their recent activites and achievements.

On 10 February, the kick-off meeting was held at the Newcastle United Football Club. Fai Ng and Fred Baribaud described the concept & approach for the project and strategies for identifying digital endpoints and presented the project implementation including governance structure, Work Packages and their interaction. Colm Carroll presented the role of Innovative Medicines Initative (IMI) and he introduced several closely related IMI projects for potential collaboration and learning. Mike Jackson and Sofia Jacob introduced the project management and shared some organisational thoughts. Walter Mätzler (IDEA-FAST representative on Neuronet’s Scientific Coordination Board) and Virginia Parks shared clinical knowledge and insight and highlighted the main task for the following six months, which were the feasibility study and a secure electronic data capture system and patient-facing portal to support the study. Jan Smeddinck and Ioannis Pandis presented the digital devices and technology going to be used in the project. Mark van Gils and Andrew McCarthy described the device-specific data analysis and performance assessment. Kai Sun and Ioannis Pandis demonstrated the data management strategy for clinical data and sensor measurements. The general data analytics package distinct from the device specific work was presented by Jérôme Kalifa. Laura Vieweg presented the clinical validation study organisation and management. The objectives of data protection, ethics and legal challenges were presented by Evert-Ben van Veen, including guidance and support for patient involvement. Daniel Schmidtmann presented the dissemination channels Website, Twitter and LinkedIn and Veli Stroetmann described the planned work on sustainability and exploitation, including regulatory questions relevant to the project.

Getting started with the Feasibility Study

On 10 July, IDEA-FAST provided further updates on the progress with regard to their feasibility study, the IDEA-FAST team worked hard to make the vision of the feasibility study come to life. Thanks to the device testing team, they were able to agree on the most promising devices to be included in the study in the beginning of April. Within four to five weeks, each participant tested:

This allowed them to get plenty of valuable digital measures including:

In combination with fatigue and sleep disturbance reports from the participants, this study will allow the consortium to judge which of the tested digital parameters are the most reliable and relevant for their larger validation study that will start in 2022. 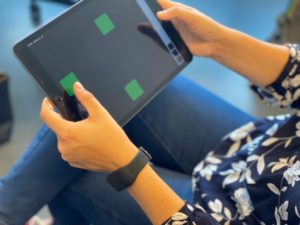 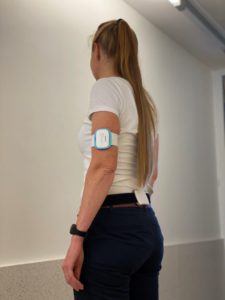 As all ongoing projects, also the feasibility study was and continues to be affected by the Covid-19 pandemic. Unfortunately, their device hub in Newcastle was one of the more affected sites, so the team in Newcastle had to work extra hard to make sure that, despite all the restrictions, devices and support material could be delivered in time. Due to a tremendous group effort, they managed to get the feasibility study devices shipped just in time for the study start in July. Thankfully, Kiel in Northern Germany was at that moment one of the less affected places, so they were able to start with the first participant in Kiel. Thanks to many emails and video conferences between the clinical team in Kiel and Newcastle, the device team, the device and app partners and the database team, the Kiel team was able to successfully test devices already.

On 17 August, the IDEA-FAST consortium announced that the data management platform first release went live. The platform has been deployed and is ready to receive data collected from the Feasibility Study.

At the beginning of November the consortium was pleased to announce that, for the Feasibility Study, the four pilot centres – University of Newcastle upon Tyne (UK), Universitätsklinikum Schleswig-Holstein (GER), Erasmus Universitair Medisch Centrum Rotterdam (NL), and George-Huntington-Institut (GER) – have all received ethical approval for recruitment. Some of the sites have already been actively recruiting and training participants and now the remaining centres can start the process.

The IDEA-FAST Blog has published its first contribution from Kirsten Emmert on the feasibility study:

“The IDEA-FAST feasibility study – Finding the most promising digital measures for sleep disturbances and fatigue.”

Thursday and Friday ( November 5 and 6) saw the running of the first IDEA-FAST Hackathon. It was a great success with 25+ participants from across Europe, spanning 8 partner organisations and 5 work packages. The consortium saw key advances in an App for Clinical Site Professionals, on Data Analytics from Different Types of Wearable Devices, as well as Data Flows and Integration in the larger IDEA-FAST Tech Ecosystem.

Scroll back to top
We use cookies to offer you a better browsing experience and to analyze site traffic. Read about how we use cookies and how you can control them in our Cookie Policy. If you continue to use this site, you consent to our use of cookies. AcceptCookie policy

This website uses cookies to improve your experience while you navigate through the website. Out of these, the cookies that are categorized as necessary are stored on your browser as they are essential for the working of basic functionalities of the website. We also use third-party cookies that help us analyze and understand how you use this website. These cookies will be stored in your browser only with your consent. You also have the option to opt-out of these cookies. But opting out of some of these cookies may affect your browsing experience.
Necessary Always Enabled

Any cookies that may not be particularly necessary for the website to function and is used specifically to collect user personal data via analytics, ads, other embedded contents are termed as non-necessary cookies. It is mandatory to procure user consent prior to running these cookies on your website.