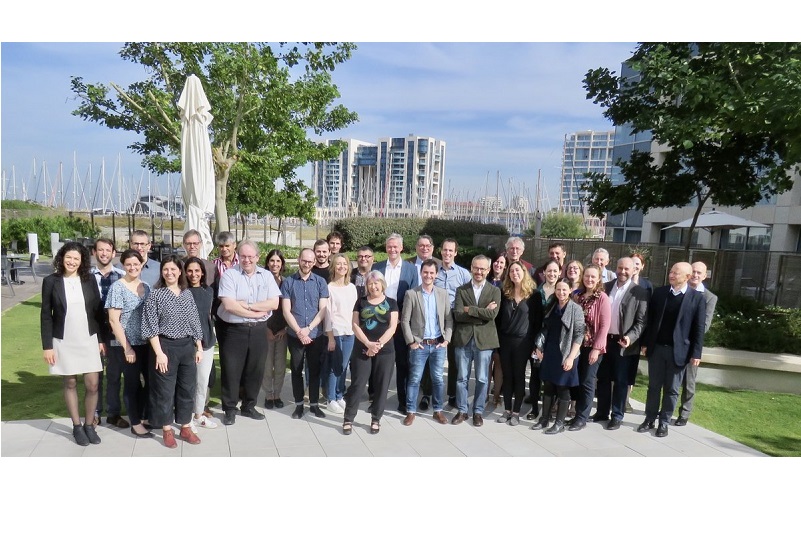 At the sunny coastal town of Herzeliya, Israel, over 35 participants from 8 countries across Europe and Israel gathered for the 2nd plenary meeting of the PD-MitoQUANT IMI Consortium to discuss their latest progress toward investigating the role of mitochondrial dysfunction in Parkinson’s.

Hosted by Teva Pharmaceutical Industries, researchers from academia, industry and non-profit organizations presented their progress on developing cellular and animal models of Parkinson’s to investigate the impact of alpha-synuclein fibrils on mitochondrial function.

The emotional opening talks by two Parkinson’s patients from the Patient and Public Involvement team at Parkinson’s UK set the tone for the meeting, describing the challenges of life with Parkinson’s and underscoring the importance of an outlook toward patient benefit even in early-stage research.

Common themes for debate were the best approaches to model the multi-year, progressive degenerative process of Parkinson’s within the limits of the laboratory setting, the role of non-neuronal cells in neuronal demise, and processes for optimizing the reproducibility of experimental models across the participating research labs. The meeting concluded with insights from the Scientific and Ethics Advisory Board leaders to guide participants over the next 9 months until they meet again in Brussels.

This article has been provided by the PD-MitoQUANT project.