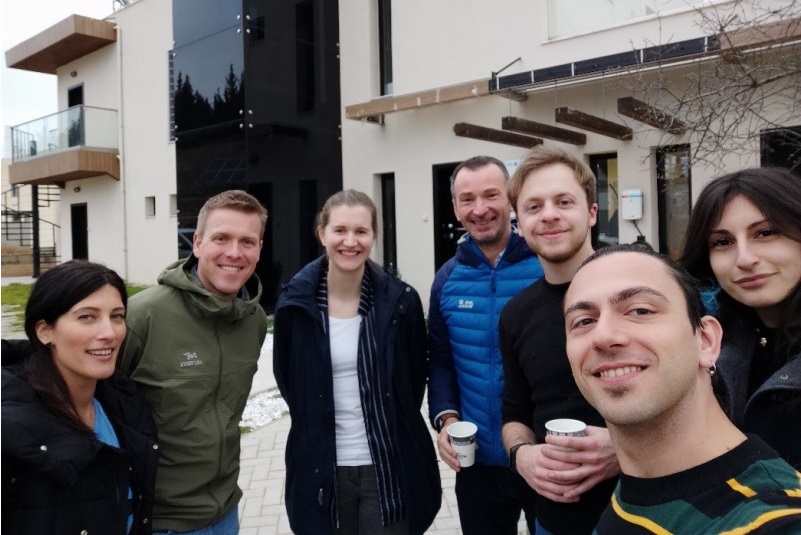 On the 11 and 12 February, Marijn Muurling and Casper de Boer from Amsterdam UMC conducted the first RADAR-AD site initiation visit in Thessaloniki, Greece. They organised a training for the researchers involved in data collection on how to execute the study procedures during the RADAR-AD study.

The training was given to Mara Gkioka and Ioulietta Lazarou from Alzheimer Hellas, the Patient Day Centre for Alzheimer’s patients in Thessaloniki. Ioulietta also represents CERTH, partner in RADAR-AD. The goal of the visit was to give an elaborate training on study procedures for researchers who will manage the data collections in the RADAR-AD project. The training started with fundamental learnings such as organising the recruitment of patients, which participants are allowed to be included in the study and the signing of the informed consent forms, among others.

After this, Marijn and Casper covered more practical topics such as the operation of devices and apps used in the study. They explained how to do the tests in a clinical setting during the first visit of the participant, for example how to execute the walk tests, the banking app, and the Altoida app. They also showed how to install the apps on participant phones and how to prepare the devices for the participants to take home, for example the Fitbit. After this training, Mara and Ioulietta are totally prepared to include the first participant and start gathering the data.

The ultimate purpose of the a site initiation visit is to align the execution of tasks in all clinical sites partaking in the RADAR-AD project, so that each site in each country conducts them in the same way. This will improve the data quality significantly. In that regard, similar clinical site visits will follow in the next months, upcoming visits are planned for the sites in Lisbon, Bucharest and Ljubljana. The same training will be provided for these sites for the researchers included in the RADAR-AD study.