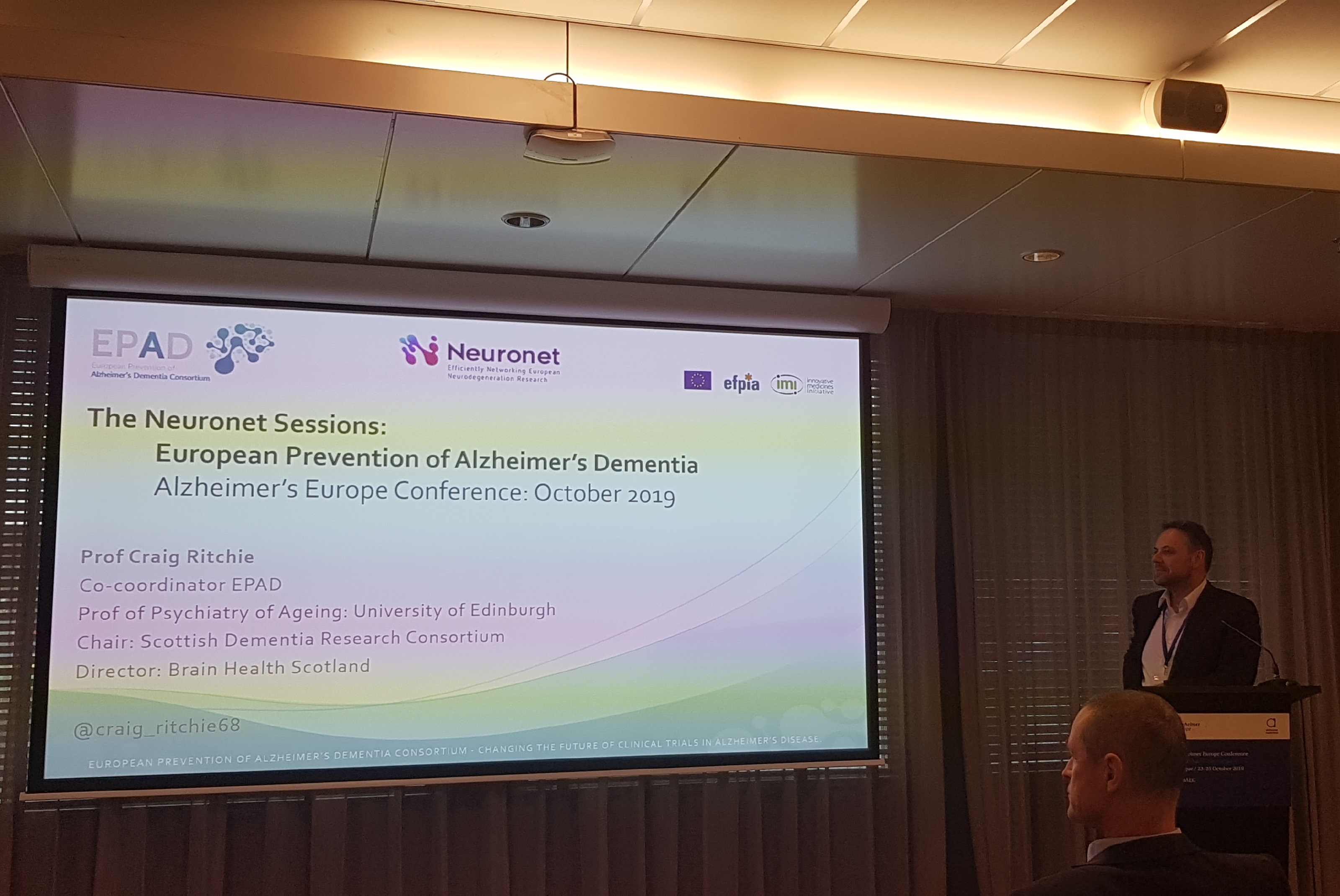 The European Prevention of Alzheimer’s Dementia (EPAD) project, a highly innovative programme aiming to streamline the testing and development of preventative treatments for Alzheimer’s disease, opened its data access system and announced the release of its first wave of data including the baseline data from the first 500 research participants (V500.0).

Researchers will now have access to the EPAD Research Access Process, designed to give academic researchers and institutions from all over the world a way of accessing the data collected in the EPAD Longitudinal Cohort Study. Study data access will be provided via secure online tools in order to facilitate collaboration between people and teams with similar research aims.

At today’s Alzheimer Europe conference in The Hague (Netherlands), Professor Craig Ritchie, EPAD Project Co-coordinator, explained the rationale of the EPAD V500.0 dataset and emphasised the transparency of the data set being used by the project team. He announced that the first data set (V500.0) will be available from 18th November and invited academic researchers and institutions from all over the world to begin the application process. This would allow applicants to register on-line and complete their request with all the accompanying information. Data workspaces containing the V500.0 data set will be live from 18th November.

For detailed information on the process for the data access system, visit the following link.

The V500.0 data release represents the first formal public data release from the EPAD project for use by academic researchers and institutions worldwide. It will assist researchers to describe and compare their findings as well as in systematic reviews and meta-analyses. In the chosen nomenclature (V500.0): V=version, “500” is the number of sequentially recruited research participants in each dataset and ‘.0’ refers to the study visit the dataset includes up (visit 0 refers to the baseline data). Each Data set will have a DOI to reference the source of the data in subsequent publication:  doi:10.34688/epadlcs_v500.0_19.05.10

This article was orginally posted on: http://ep-ad.org/2019/10/25/epad-opens-up-its-data-access-system-to-the-entire-research-community/