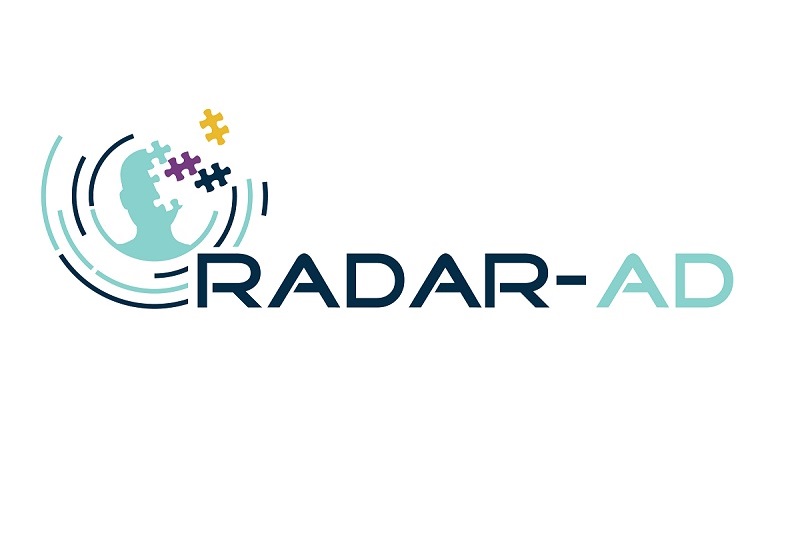 The RADAR-AD project (Remote Assessment of Disease and Relapse – Alzheimer’s Disease) is an initiative of the Innovative Medicines Initiative (IMI), a public-private partnership funded by the European Union and the European pharmaceutical industry. Sixteen European organisations participate in the project, including academic partners, SME’s, regulators, and pharmaceutical companies. The project started in January 2019 and will run until June 2022. It is a sister-project of RADAR-CNS project, initiated in 2016.

How RADAR-base is solving it

RADAR-AD aims to remotely collect data from smartphone applications, wearable devices and fixed home-based sensors to track subtle changes in cognitive abilities that could be an indication of disease progression in the early stages of Alzheimer’s disease and eventually lead to the development of digital markers.

They want to explore if using mobile and wearable technologies can allow early detection of cognitive decline and provide a more personalized approach to treatment and care. In addition, these measures can also contribute to identifying digital biomarkers to detect AD.

The RADAR-base platform was selected as an end-to-end solution to collect, manage and store sensor data from smartphones and wearable devices to enable remote monitoring of study participants in decentralized clinical trials. The platform supports multiple devices, such as Physilog from GaitUp or Axivity and can be used for a range of disease areas as its modular plugin-based architecture allows for simple and fast extension and customization.

The RADAR-base digital platform for collection and management of remote monitoring data was initially developed by The Hyve and King’s College London within the framework of the IMI RADAR-CNS (Remote Assessment of Disease and Relapse – Central Nervous System) project. The platform was adapted for use in RADAR-AD to help answer the project-specific research questions.

In close collaboration with partners from Oxford’s Big Data Institute and King’s College London, The Hyve’s expert team of RADAR-base software developers has customized the RADAR-base platform to comply with the study protocols created by the RADAR-AD consortium.

The platform was expanded by building additional data ingestion tools to support devices and apps that initially required manual uploading of the data. Similar to other RADAR-base elements/components, this tool was built with modularity in mind to support additional devices as they come to market or are added to the protocol.

They also developed an upload connector to enable researchers to ingest data from a wider range of devices, for example medical-grade devices that do not allow data streaming directly from the device or via a smartphone application.

They also built an intuitive web-application in which researchers can easily specify which metadata should be added to the files uploaded by the researchers or participants from the (wearable) devices, such as study participant details and device type.

The team of software engineers also developed integrations for a number of devices and applications that should enable researchers to track subtle changes in cognitive ability and physical activity. The combination of those data streams will facilitate the development of digital markers for diagnosis of Alzheimer’s Disease.

They are very much looking forward to the results of the RADAR-AD studies that are currently running in multiple sites across Europe. To read more about the project or the RADAR-base platform, please visit:

This article was originally posted on: https://www.thehyve.nl/services/radar-base