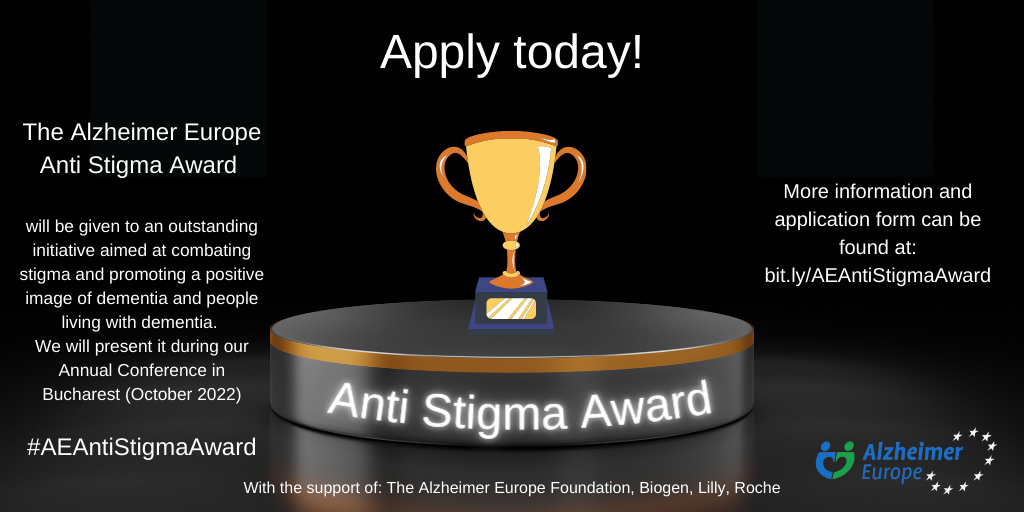 On 22 June, Alzheimer Europe launched its Anti-Stigma Award. The award recognises an outstanding initiative aimed at combating stigma and promoting a positive image of dementia and people living with dementia. The award will be presented at the closing of the 2022 Alzheimer Europe Conference.

The award can be for individuals and organisations established in a member country of Alzheimer Europe and who developed and/or implemented their initiative in the past three years (2019-2022). It can be for projects, campaigns, films, videos, publications or books which aim to address the stigma attached to dementia.

The winner will be announced on the final day of the 32nd Alzheimer Europe Conference, in Bucharest, on 19 October 2022. The award will consist of a cash prize of EUR 5,000 and a trophy. The travel and accommodation costs for the conference will also be covered by Alzheimer Europe.